How short is the world’s shortest flight? Ten minutes? Five minutes? What if we say it is less than one minute? Unbelievable, right? But, it’s true! The shortest commercial flight in the world takes just 47 seconds!

The flight flies between the Westray Airport at Alkerness and Papa Westray Airport, located at a distance of 2.8 km from one another. The scheduled flight time, including taxiing, is barely two minutes. However, it can be traveled in only 47 seconds, depending on the wind direction!

Loganair, a regional Scottish airline, has won the contract to operate the world’s shortest flight, which takes place on a route in the Orkney Islands – between Westray and Papa Westray.

Since the launching of its inter-inland service in the region in 1967, Loganair has been running the flight with an eight-seat aircraft. The Scottish airline currently provides both passenger and freight transportation.

In case you want to know, the world’s longest flight flies from Dallas/Fort Worth International Airport, United States, and lands in Sydney. Qantas Airline provides that service, which covers 13,804 km and lasts 16 hours and 55 minutes.

Papa Westray and Westray – Get to Know

Westray and Papa Westray are two of Orkney’s Northern Isles. Situated in the north of Scotland, it is believed that the two neighboring islands were joined during the time of the earliest known settlements in 3500 BC. Papa Westray, locally known as Papay, is one of the Orkney Islands, which draws tourists with its fertile soil, wildlife, and historical attractions. It is one of the rare places in the UK where you can still enjoy the unique experience of being a part of a small island community.

The island is small, but it has a Royal Society for the Protection of Birds (RSPB) nature reserve at the northern tip of the island. The reserve is a breeding ground of sea birds, including Arctic skuas and Arctic terns, and home of rare flowers like Scottish primrose.

The historical attractions include the Knap of Howar Neolithic farmstead, a folk museum, and the Holland House. Dating from nearly 3500 BC, the farmstead is the oldest preserved house found in northern Europe.

Located in the high central point of the island, the Holland House was once the seat of the local lairds. It is now a traditional steading surrounded by cattle grazing. The associated folk museum has a collection of ancient bits and bobs. In addition, the island also has St. Boniface, a 12th-century church that is open in summer. Westray, also known as the Queen o’ the Isles, is an excellent place to live and visit. Like Papay Westray, this island also harbors wildlife and has some historical attractions to boast of.

The sea cliffs around Noup Head, located on the North West headland, are the habitat of thousands of sea birds, including Black Guillemot, Common Guillemot, Atlantic Puffin, Razorbill, and Black-legged Kittiwake and animals like Orkney Vole, mice, and European Otters.

The historical attractions include a heritage center, the ruined Lady Kirk, Noltland Castle, and the Castle O’Burrian, which was previously used as a hermitage.

The island also has a handful of ancient archaeological sites, including St. Mary’s Church, the 12th century Cross Kirk, and the Quoygrew Viking longhouse. 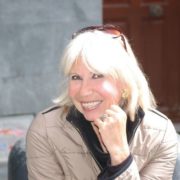